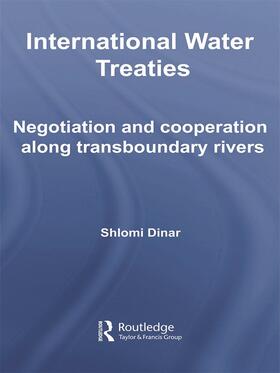 Negotiation and Cooperation Along Transboundary Rivers

As demand for fresh water rises, together with population, water scarcity already features on the national security agenda of many countries.In this book, Dinardevelops a theory to explain solutions to property rights conflicts over shared rivers. Through systematic analysis of available treaty texts, corresponding side-payment and cost-sharing patterns are gleaned. Geographic and economic variables are used to explain recurring property rights outcomes.
Rather than focusing on a specific river or particular geographic region, the book analyzes numerous rivers, dictated by the large number of treaty observations, and is able to test several hypotheses, devising general conclusions about the manner in which states resolve their water disputes. Policy implications are thereby also gained. While the book simultaneously considers conflict and cooperation along international rivers, it is the focus on negotiated agreements, and their embodied side-payment and cost-sharing regimes, that justifies the use of particular independent variables.