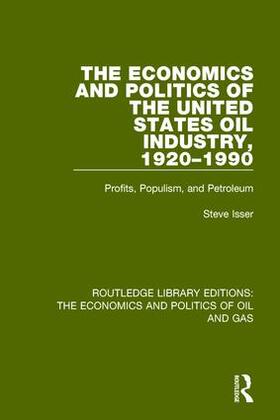 Isser The Economics and Politics of the United States Oil Industry, 1920-1990

Isser The Economics and Politics of the United States Oil Industry, 1920-1990

This book, originally published in 1996, traces the development of US government policy toward the oil industry during the 1920s and 1930s when the domestic syustem of production control was established. It then charts the deveopment and collapse of oil import controls, and the wild scramble for economic rents generated by Government regulation. It discusses the two oil crises and the ‘phantom’ Gulf War crisis, and the importance of public opinion in shaping the policy agenda. It also provides an in-depth study of Congressional oil votes from the 1950s to the 1980s and the formation of oil policy, beginning with theories of economic regulation, the role of interest groups in developing the policy agenda and the role of money in politics.