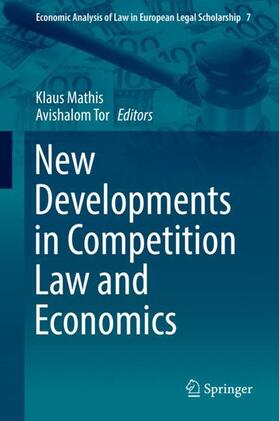 Competition law is a classic field of economic analysis. This is largely due to the fact that competition law uses terms such as market, price, and competition and must therefore rely on economic know-how and analyses. In the United States, economic analysis has greatly influenced not just the scholarship on antitrust law, but also judicial decisions and agency enforcement. Antitrust law and economics are based on the traditional paradigm of neoclassical economics, which relies on the assumption that the market players, i.e. consumers and producers, are rational. This approach to competition law was later received in Europe under the banner of a “more economic approach”.

For the past two decades, behavioural law and economics, which seeks to generate better insights into legal phenomena by providing more realistic psychological foundations for economic models, and to offer a multitude of applications in legislation and legal adjudication, has challenged the traditional economic approach to law in general and, more recently, to competition law specifically.

Mathis, Klaus
Klaus Mathis is full professor for Public Law, Law of the Sustainable Economy, and Philosophy of Law at the University of Lucerne. He is the co-founder of the Center for Law and Sustainability (CLS) and Director for the Institute for Research in the Fundaments of Law - lucerna iuris. His particular fields of expertise are Constitutional Law, Law and Economics, Law of Sustainable Development, and Philosophy of Law.
Avishalom Tor is Professor of Law and Director of the Notre Dame Research Program on Law and Market Behavior (ND LAMB). He is also a Global Professor of Law, University of Haifa Faculty of Law. His particular fields of expertise are Behavioural Law and Economics, Antitrust Law, and Behavioural Decision Research.