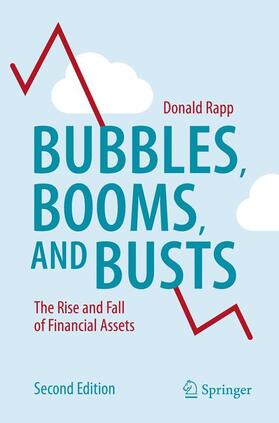 The Rise and Fall of Financial Assets

This book deals at some length with the question: Since there are many more poor than rich, why don’t the poor just tax the rich heavily and reduce the inequality? In the 19th century and the first half of the 20th century, the topic of inequality was discussed widely. Ending or reducing inequality was a prime motivating factor in the emergence of communism and socialism. The book discusses why later in the 20th century, inequality has faded out as an issue. Extensive tables and graphs of data are presented showing the extent of inequality in America, as well as globally.  It is shown that a combination of low taxes on capital gains contributed to a series of real estate and stock bubbles that provided great wealth to the top tiers, while real income for average workers stagnated. Improved commercial efficiency due to computers, electronics, the Internet and fast transport allowed production and distribution with fewer workers, just as the advent of electrification, mechanization, production lines, vehicles and trains in the 1920s and 1930s produced the same stagnating effect.

The Nature of Manias, Bubbles and Crashes: Introduction.- Value Trading vs. Momentum Trading.- The Rise of Manias and Bubbles.- Stages in the Boom-Bubble-Bust Sequence.- Fueling the Boom - Role of the Media.- Bubbles, Wealth and Inflation.- Speculations, Bootstraps and Swindles.- The Rationality of Investors, Bankers and Experts?.- Monetary Policy and the Federal Reserve System.- Fiscal Policy and Taxes.- Inequality.- Debt.- Deposit Insurance.- Regulation, Deregulation and No Regulation.- Pension Plans.- The Valuation of Common Stocks.- Internal Feedback and Endogenous Risk.- When the Bubble Pops.- A Short History of Booms, Bubbles, and Busts: The New World.- Florida Land Boom of the 1920s.- The Stock Market and the Economy of the 1920s.- The Great Depression of the 1930s.- The Savings and Loan Scandal of the 1980s.- The Bull Market of 1982-1995.- The Crash of 1987.- The Dot.Com Mania.- The Debt-Driven Asset Bubble Era of 1982-2013.- Other Bubbles and Swindles of the late 1990s and 2000s. The Sub-Prime Real Estate Boom 1998-2007.- The Real Estate Boom of 2013-2014.- Japan and East Asia.- The Next Bubble.

Donald Rapp was educated as a scientist, receiving his Ph. D. in 1960. He worked as a research scientist and became a professor at the University of Texas. Later, he spent 30 years as a senior technologist at Caltech's Jet Propulsion Laboratory. He published books on a wide variety of topics including quantum mechanics, statistical mechanics, solar energy, climate change, ice ages and missions to Mars. After retiring around 2002, he developed an interest in financial bubbles and carried out extensive readings in this field including Kindleberger, Galbraith and many others. In 2006, he predicted the collapse of the housing bubble and wrote a book about financial bubbles with the housing bubbles as a center piece. By the time he was able to find a publisher (Springer) the housing bubble had already popped and he had to rewrite the book in past tense, rather than as a prediction. The first edition of this book was published in 2009. Since then, quite a number of new relevant publications have cast light on many aspects of financial bubbles. The second edition updates the first edition with new data and includes many new references and theories.