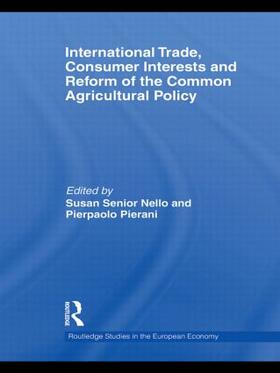 The European Union has launched an important debate on the future of the EU budget from 2013. This discussion is to cover all aspects of EU revenue and expenditure, including that on the Common Agricultural Policy (CAP). The CAP has been radically transformed in recent years, but the issue of its reform, including its goals, its effectiveness in reaching them and the question of division of responsibility and financing between the EU and member states, is once again at the centre of attention.

This collection features well-known experts in the field and aims to contribute to the debate on the present state and future prospects of the CAP and other EU policies. The topics covered range from the EU budget to food safety, rural development, sustainable food consumption, and the influence of international trade negotiations. Many of the ideas presented here are original and controversial and intended to fuel the debate on this important topic. For instance, there are various proposals for the EU budget, the division of responsibilities between the EU and its member states, and the shape of the CAP post-2013.